How to Play EuroMillions Online In Ireland

Euromillions Ireland is a European lottery that invites players from across Europe and around the world to participate. Officially there are only 9 countries registered to play, including Ireland. But you don’t need to reside in any of these nine countries to participate.

To play EuroMillions online in Ireland, you just need an account at MultiLotto and a payment method. You will receive a notification if you win and the money can then be withdrawn to your chosen payment method. Playing lotto online has never been so simple!

The EuroMillions is drawn twice a week, giving players a chance to win millions of Euros each time. If you’re eager to play this exciting lottery but need to know a little more, keep reading.

How Much Does a EuroMillions Ticket Cost?

A EuroMillions ticket costs €3.50 to play. If you live in the United Kingdom then you will need to pay £3.50 per ticket and if you live in Switzerland then the price is CHF3.50. This higher prices reflect the addition of alternative lottery games (such as the UK Millionaire Maker, which promises to create at least 1 UK millionaire every draw) as well as the fluctuating exchange rates.

This small ticket prices give you a shot at the biggest European lottery jackpot, and one of the biggest lottery jackpots in the world. The EuroMillions jackpot regularly exceeds €70 million and it has a maximum jackpot of €190 million, which it has reached several times in the past.

It also has some huge second tier prizes, especially if the maximum jackpot is reached and not won, because when this happens the additional funds are used to increase all other prizes.

The jackpot can account for as much as 47% of the total prize pool, while the lowest prize accounts for just over 18%.

One of the biggest winners ever on the EuroMillions hailed from Ireland and shared over €185 million with a Belgian winner. And that’s not all—the Irish have had their fair share of other big prize winners during the course of their short participation in this lottery.

So get yourself a ticket, join them, and take your chances.

Biggest and Most Surprising EuroMillions Jackpots,

The EuroMillions draw has reached its maximum of €190 million three times previously, the first of which occurred in 2012 when it was won by the Bayford family from Suffolk, England. The other two winners, one from Spain and one from Portugal, chose to remain anonymous.

The biggest Irish win occurred in 2013, when the top prize was shared, as mentioned above, but there was another big win for an Irish player way back in 2006, during one of the most unique draws that the EuroMillions has ever experienced.

It occurred when EuroMillions had a rollover cap in place. This stipulated that it could only rollover a total of 12 times, at which point it would be paid out to the player or players with the most numbers.

The twelfth draw took place on November 17, 2006 and for the twelfth time running no player got all 6 numbers, so the money was paid out to a total of 20 players in the second tier prize group!

Most of these chose to remain anonymous, including an Irish player, and it meant that they won €9.6 million each from a jackpot of €183 million. When you consider that the second tier prize has an average payout of less than €300,000, it’s fair to say that these twenty players would have been counting their blessings. And their money.

What are the Odds of Winning the EuroMillions?

These odds can be difficult to grasp, but for comparison, take a look at the following odds: 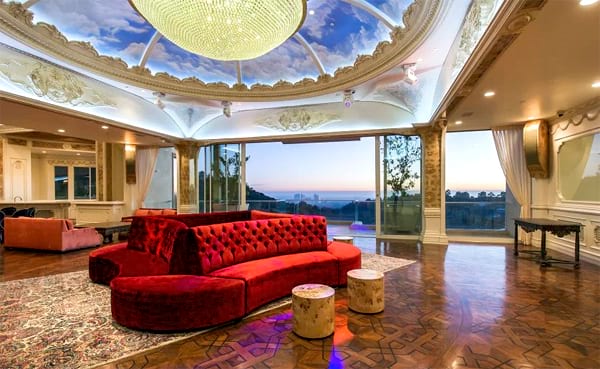 There are few things that match the odds of winning the EuroMillions jackpot. But you have as much chance of winning the fourth highest prize as you do of getting a royal flush the first time you play poker, and you are twice as likely to win the second highest prize than you are to become a certified astronaut.

These may seem like huge odds, and they are, but on the plus side, the EuroMillions has better odds than the Powerball and Mega Millions. In these US lotteries your chances of winning are nearly 1 in 300 million!

And as the saying goes, someone has to win it, so why can’t it be you? Also, the bigger the odds are, the better the chance that the jackpot will rollover from week to week, taking it closer to that €190 million maximum.

Where to Find the EuroMillions Results

There are two EuroMillions draws a week and these take place in Paris at around 21:00 CET. The results can be found on the MultiLotto site as soon as they become available, at which point your tickets will also be updated and you will be informed if you are a winner or not.

Millions of players play EuroMillions through MultiLotto every week, including a growing number right here in Ireland who prefer the speed and the convenience offered when they buy lotto tickets online.

You just need to sign up, deposit, and play. The site is fully regulated and licensed and it can be accessed by players from all over the world who can choose to play a host of global lotteries.

Read some other great articles from Multilotto

What is the Cash4Life lottery?

Can I play Powerball in Ireland

Which is Irelands favourite lotto?