7 of the World’s Most Expensive Watches 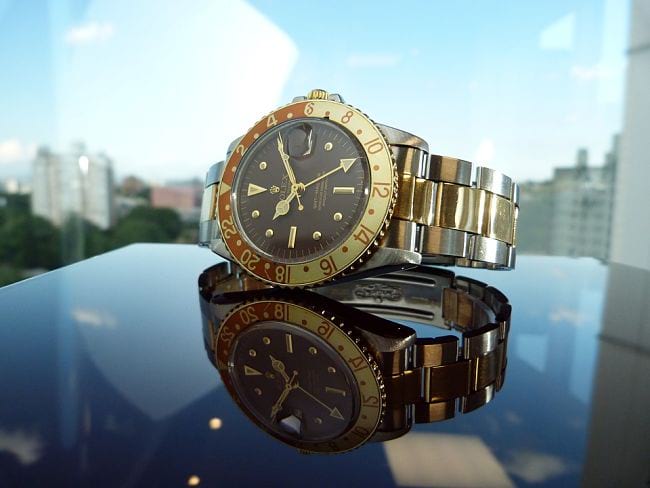 The art of watchmaking, or “horology”, has thrived for hundreds of years and is one of the most intricate crafts in the world, with many multinational watch brands built off the back of a single creator working out of a single workshop hundreds of years ago. Some of the most expensive watches in the world are hand-made pieces that are as old as the craft itself, others are simply beautifully and richly embellished.

A lot of the world’s most expensive watches combine precious stones and metals to create something that is both beautiful and rare, but also has a wealth of inherent value. The Patek Philippe 1518 is the exception to this rule as it has a stainless steel casing.

However, in some ways this has actually added to its value as it was a rare choice for Patek Philippe and it set the 1518 apart from their other creations. It’s also a beautifully made limited edition timepiece with some of the best mechanisms you’ll ever encounter.

The aptly named Billionaire Watch will set you back a cool €15 million. For that money you get a beautifully designed watch that is every bit as special as the aforementioned Patek Phillipe, but also comes loaded with diamonds to ramp-up its inherent value.

The Billionaire Watch is a shimmering, sparkling, all-diamond piece that includes a skeleton face.

This is the second entry for Patek Philippe on this list of the world’s most expensive watches and it’s also the last one, as this is the most valuable watch they have ever created. This pocket watch was made for Henry Graves Jr. an American who earned his fortune in banking and railroads, and was also an avid watch collector.

He was so obsessed with timepieces that he strived to own the “most complicated watch in the world”, thus commissioning the Patek Philippe Henry Graves Supercomplication at a cost of $15,000. That may not sound like a lot of money for a watch that fetched a price just shy of €20 million in 2014, but this sale occurred in 1933 and its value equated to around three average sized homes at the time.

Once you add nearly a century of notoriety to the mix then it’s easy to see how this timepiece achieved such a high price at auction.

This watch is basically a cluster of pink, blue, white and yellow diamonds, amounting to 201 carats in total. It looks like a priceless gem that has burst forth from some magnificent alien world, and at first your eyes are so dazzled by the diamonds that you don’t even notice the watch face.

It’s more a piece of extravagant jewellery than a horological masterpiece and it probably wouldn’t be top of Henry Graves’s wish list if he were alive today, but it’s still a spectacular specimen.

Similar to the Henry Graves Supercomplication, the Breguet Marie-Antoinette Grande Complication is a hugely complicated and intricate pocket watch with a very interesting history. It has been referred to as a “poem in clockwork” and it took forty years to construct, beginning with Abraham-Louis Breguet and ending with his son.

It is said to have been commissioned by a lover of Marie Antoinette, but like the genius watchmaker who was tasked with creating it, the French Queen never got to see the finished piece.

Graff Diamonds hold both the first and second spot on this list of the world’s most expensive watches, as they have dedicated themselves to creating priceless timepieces.

The penultimate entry is a watch made from 152 carats of white diamonds in addition to a single 38 carat diamond that detaches to create a ring.

The Fascination is an all-white masterpiece, but The Hallucination is a tour de force of colour, bringing together 110 carats of many different coloured diamonds that are embedded into a platinum bracelet.

It’s the world’s most expensive watch by quite a stretch.