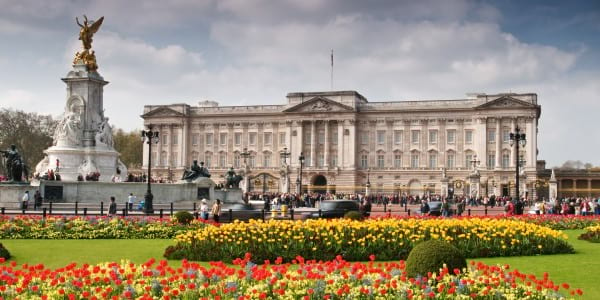 A house is the biggest purchase that most people will make—it’s something you spend your youth saving for and your twilight years paying off. In Ireland, the average house costs under €200,000, has around 90 square meters and is home to 2.7 people. It’s cozy, it’s comfortable, and for many it’s enough, but there are those who like their houses a little bigger and more extravagant, as this list of the world’s most expensive houses shows.

The first entry on our list of the most expensive houses was built by the co-founder of Oracle, the Larry Ellison. It’s a compound that encompasses 10 buildings spread over 23-acres and even includes its own tea house and man-made lake.

Another entry from California, this one is owned by real estate mogul Jeff Greene and sits in the affluent neighbourhood of Beverly Hills. There are 12 bedrooms and twice as many bathrooms, and it also has its own revolving dance floor and a huge swimming pool.

Located in Sagaponack, New York, this colossal home sits on a plot of over 60 acres and has 29 bedrooms and 39 bathrooms. It’s a magical piece of real estate in a highly sought-after area, but you definitely wouldn’t want to be the one who has to clean all those bathrooms and make all those beds!

This is a true French palace complete with dazzling chandeliers and renaissance artwork. It is spread over 18,000 square feet and comes complete with outdoor stables, a ballroom, and a massive library.

Villa Les Cèdres was built for the King of Belgium nearly 200 hundreds ago and actually went up for sale just a couple years ago.

This is another beautiful home in one of Europe’s most stunning regions. It is spread over 50 acres and was once used in the Hitchcock film To Catch a Thief, which starred Grace Kelly, a woman that would later become very accustomed to this level of luxury when she married the Prince of Monaco.

This is the home of Mukesh Ambani, a Yemen-born Indian business magnate with a net worth just shy of $50 billion. It is spread out over 27 floors, towering above the Mumbai skyline and looking more like an upmarket block of flats than a rich man’s palace.

Antilia is the most expensive home in India and it’s owned by the richest man in India. This opulence is evident on every floor but is perhaps best seen on the 6 floors that are dedicated purely to Ambani’s collection of luxury vehicles.

The most expensive house in the world just so happens to be the residence of the Queen of England, so don’t expect to find this one in your local real estate office anytime soon. The exact value of this building is hard to pin down, but it has been estimated at over €1 billion and it could easily be considerably higher.

There are hundreds of rooms in Buckingham Palace, including nearly 200 rooms for the palace’s many servants and employees; 78 bathrooms; 92 offices; and 19 staterooms. You could live here for a lifetime and still struggle to find your way to your bedroom after a night on the tiles.